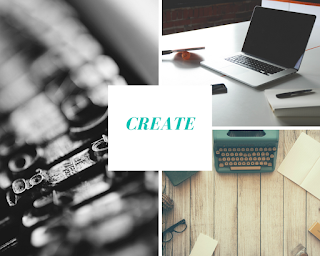 A few people have asked me about my writing journey, what it was like starting out as a writer and what did I do to start, well, I thought I should write about this on my blog and tell the whole world!

So, here as briefly as I can, I'll share my story.

When I was in fourth grade, I decided I wanted to be a writer. I stapled some papers together and covered it with blue construction paper. I even drew a quill on the front with the auspicious title "Young Author."  I didn't know what I was going to write in it, but it was going to be great.

I was reading a lot of Nancy Drew at the time. So I decided to write a mystery. I recruited my friend to draw pictures of the cute boy. The plot was some kind of fantasy of mine: a girl's parents left for out of town and she had to go to a neighbor's house to stay the week and the neighbors had a cute boy. My friend could draw cute boys, I couldn't. The clues didn't make sense, but there was a cute boy.

After that, I went to writing conferences geared toward young writers. I'm glad they took me seriously. I resonated with the book Tales of the Fourth Grade Nothing and wanted to write something with that kind of funny voice.

Then in my sophomore English class, we had to write a personal essay about our talents. I wrote because I had my dad's legs and my mom's butt, I was not destined for sports (true fact!) and talked about how I loved to create. I was in a sewing class and learned how to take thread, fabric and a pattern and make something completely original. That was my talent. But when I got my essay back and I got the coveted star, (I got 5 points for voice in the grading matrix), I knew I'd found my new talent.

But learning how to write isn't easy. And who was going to teach me? I wrote plays in middle school, seventeen pages of a story I was really excited about but as soon as it became hard, I lost interest. But I still continued to write, little stories springing from the longings of a little girl.

Then I went to college and took my first class on creative writing. A short story class. I got a C. That should've have discouraged me. It should've crushed my dreams and confirmed every doubt I ever had about becoming a writer. But instead, the next semester, I wrote a short story on my own and went to that teacher during his office hours to get feedback. I wrote and rewrote. Got feedback and rewrote some more. Then he said it was good enough for the school magazine. I had something worthy of publication. That C drove me to prove myself and prove to myself that my dream of being a writer would not be squashed by a letter grade.

Then I lived in Switzerland and France for two years. There were some weird stories there, I could write for a thousand years and never tell them all. It was like a lifetime within a lifetime. And now it seems so far away.

I came home, got married, finished schooling, started having kids, my dream got further and further from me. By the time my second child was two years old, I thought my dream would never come. A terrible thought for someone who always had stories and ideas swimming in her head, just wanting to come out. I just knew my life would be dawn to dusk clothing the naked and feeding the hungry (literally) and nothing else. After one tearful lamentation to my husband (who I might add wrote two novels himself when he was a teen) he told me to sit down and write a scene that had been knocking around in my head. I wrote it in a google doc so I could share it with him. He read it. He said, this is good, keep going.

So I did, I wrote and I wrote. Then I check out books on how to write, because although I had written 90,000 words about a little pixie girl, it wasn't a novel. So I reworked, revised, rewrote until I had a novel with a beginning, a middle and an end. I had written a novel! If I had finished a marathon, I couldn't have been more proud of myself. I was a writer. Kinda. Because in the back of my mind, I knew I wouldn't be happy until people read it.

I let my friends read it and give me feedback. The feedback was water to the fire of my accomplishment. It tore me apart. I cried. I wept. I doubted myself. But I continued to write. Because I wanted it to be good enough for more people to read it. I put it away.

And I started on another story. A girl who goes to Switzerland for a chocolate internship, but winds up in the pet care department instead. It was funny. Hilarious, but it still wasn't good enough. I wasn't good enough.  So I kept reading fiction. Kept writing stories. From 8pm at night after we put the kids to bed until midnight or sometimes two in the morning. Writing, rewriting, reworking, revising.

My third story had potential. An investigative journalist who used disguises to expose crime. I loved  the premise. I loved the character, I needed to learn how to plot. I bought another book. I edited scenes, cut scenes, and wrote and rewrote until I was happy. Then I sent it out to agents.  I'm sorry to say that my first couple attempts were miserable and I hope those agents have forgotten my name. I read books, took an online class and read blog after blog about how to write a query. And I sent out  ten for the pixie girl story. Rejection, after rejection. I sent out 90 the Swiss girl story. Rejection after rejection, but a few nibbles, but it wasn't ready. I wasn't ready. After writing, rewriting, I sent our the Investigative journalist girl story. And finally, some hits.

An agent I really wanted asked for a full manuscript. To illustrate what this meant to me, I'll give you my stats for that book. Out of the 70 queries I'd sent at that point, I'd only received 4 requests for a full. The other three sent back vague messages of rejection. But I really hoped this agent would see my brilliance and offer me representation.

She wrote back, but it wans't with an offer. She said she loved my concept, but my dialogue was flat and my characters were stereotypical. OUCH! It took me two weeks to lick my wounds before I could even write again. But I did. And guess what I did next.

I went to Amazon and bought two books: One on characterization and the other on dialogue. I may have missed my chance with that agent, but I will at least fix my manuscript. And so I cut, revised, reworked scenes and at last, I felt I had something valuable. But now what to do with it?

I went to a conference in Oct. 2016. I pitched my book to agents who wanted to see it. But I found out something there about small presses. Small presses are a great way to build your publications, learn by working with an editor, get your work out there, build a community and find your tribe. People said to skip the agents and send straight to an editor. But who?

I read about small presses and who might be interested in clean romantic suspense. And I decided to go with the Wild Rose Press. I sent it in, I got a revision request. (This is sometimes called an Revise and Resubmit.) I wrote a scene, strengthened my POV switches and sent it back and I got a contract. If you are still reading until here! Yay! You probably are one who rejoiced in my success.