Showing posts from May, 2018
Show all

Ten things you can do to help a writer friend

- May 29, 2018
Ever wondered how authors get the word out about their books? The answer may shock you: it's you! Doing a few simple things for your author friend can help promote their book with little effort or time on your part. And since you are such a good friend, you'll want to help *wink*. Even if you haven't bought book, there is something you can do! I've made a list of small and simple things you can do today help authors in big ways. Little time, no money * Go to Amazon and mark all of their reviews as helpful.  This helps those who have reviewed to earn more "cred." * Do the same thing on Goodreads . If you don't have a Goodreads account, you should get one ;) Click here . Goodreads is a great place for readers to hang out and discuss and review books. * Add your friend's book on your Goodread's shelf or in a list, group . This helps get the word out about the book. Plus me posting it to Goodreads is self-promotion. If you do it, it'
Post a Comment
Read more

How to handle rejection, bad reviews and bad news

- May 21, 2018
Not everyone is going to love my books There are some really good highs as a writer. One of the best moments is when I received my first full request from an agent. I literally screamed when I saw it. Scream so much, my voice hurt. It was a sign that I was finally getting closer to my goal. The second best was receiving my contract for my first book. I was so pleased, I called my family and friends and let them know. Then when the reviews started coming in. Even people I didn't know loved my book. It's so gratifying to find other people loving the characters I've fallen in love with, too. But there are some lows. Not everyone is going to love what I write. I recently received a rejection from an agent who I queried with the book that was accepted for publication last year. I laughed of course but rejections are a lot easier to take when you already have a publication. I also received a less than stellar review this week. Hey, all reviews have merit, but man, it h
2 comments
Read more 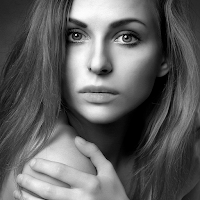 The best  friend excerpt from clean romantic suspense novel Baker's Dozen on sale for $2.99 until May 25. Buy here. Carla Vehemia is the daughter of a weal thly  manufacturing tycoon in St. Louis. She likes lower-class men and supports Andy in her vigilant-ing.  Sweat dripped down Andy’s brow as she tucked  into a corner of the dojo to undress from her Master’s  gi  at the end of class. “Thanks for a great session,” Carla said over the din of kids preparing to line up on the mats. “Going for dinner?” “I have something to tell you,” Andy said when she had finished tucking her pants into her bag. “You finally applied for the CIA?” Carla’s deep brown eyes lit up. Her dark skin contrasted with her white uniform. Only Carla could still be feminine in a  gi  built for a block. “No.” “How far did you get last time?” Carla asked, admiring her luminous black hair in the wall of mirrors behind a row of chairs surrounding the perimeter of the dojo. “I decided on careers I wa
Post a Comment
Read more 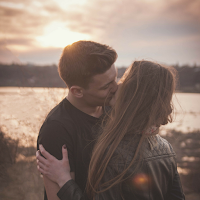 More excerpts from my clean romantic suspense novel Baker's Dozen Meet Andy Miller, an investigative journalist in my clean romantic suspense novel, on sale for $2.99 until May 25, 2018. Buy link here . Men lie. They lie about how many women they’ve been with, their alcohol tolerance, and the size of their, uh, paycheck. Which was exactly what Jack, sitting across from Andy Miller, was lying about. He tapped his coffee mug with the tip of his finger, stretching his lean body against the booth at Ronney Dell’s. “Ninety grand this year alone,” he claimed. Closer to fifty grand , according to his secretary. Though maybe he was taking into account all the vehicles he had sabotaged before fixing which weren’t on the books. But Andy didn’t contradict him. Instead, she demurely batted her lashes and smiled into her shoulder. “Ninety grand,” she cooed, snapping her gum. “I don’t believe it!” she said. And that  was  the truth. Andy brushed back the bleached wig of her “Mary
Post a Comment
Read more 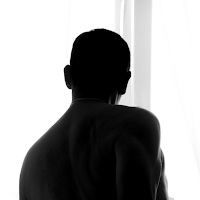 Here are excerpts from my clean Romanic Suspense novel Baker's Dozen on sale $2.99 until May 25th.  Buy here . Hugh Donaldson is an undercover agent. But for who, that is the question. The tattooed man slapped his hand on the counter and leaned toward her, pointing to a sticker on the bag of chips. “The price tag says two forty-nine, not three forty-nine. Are you stupid or something?” he said.  The young clerk’s face flushed red as she realized her mistake. “I’m sorry. I’m not sure how the mix-up happened. Let me void the transaction.”  She fumbled through the keys at the computer. The man sighed and set his foot down heavily.  “I’m sorry,” the cashier said again. She squinted at the screen, fully absorbed, her fingers unsure, as she typed on the keyboard.  While the clerk was distracted, the man lifted a pack of gum from below the counter and slid it into his pocket. “This is taking too long. Just forget it,” he said. “I don’t need the chips.”  “I got it,” she
Post a Comment
Read more

How to write a review

- May 12, 2018
I'll be honest. I wrote my first review for a book last year. I had no idea how important they are to authors. Thank you, thank you, thank you to all of my friends who have written reviews! You are rockstars! Why do authors need reviews? New or unknown authors need reviews because no one has heard of them. While they may be your friend, not many people will know about their book unless you tell them about it. Also distributers like Amazon give more weight to items that have more reviews. What is a review? A review is where you read a book and write your honest feedback. How do I do that? It's really not hard to write a review. Someone had to teach me and I was scared the first time. If you have an Amazon account, log in and click on a book you like (or dislike) then click on the reviews. There's a gray button on the side that says "Write a Review." Click on it. The star rating will come up. Choose the star power you want! Next, it will bring up a line
Post a Comment
Read more

- May 10, 2018
A few years ago I went to a Romance Writer's Conference. During a pre-pitch session, we had to distill our 90k word novels into a few catchy phrases that would attract the attention of an editor or agent. Most of us were newbies, doing this for the first time (pitching face to face with industry professionals--no pressure!) and there were mentors who had been around the block. As we went around the table, we explained our genre so they could get a feel of what our pitch should sound like. I said something like this, I write clean romantic suspense. A woman across from me sneered at my suggestion and was asked me who would buy my book. I gave my opinion that women wanted sex-free books that were well-written and fun to read. It was probably the first time in my adult life that another adult mocked me for my beliefs. I was a little shocked, but stood my ground. And I still stand by it. There is a market for clean reads. It's a growing market. Lots of people may want to read some
Post a Comment
Read more
More posts