Showing posts from August, 2018
Show all

- August 31, 2018
I have a weird writing process. In the 'biz, there are two types of writers. "Pantsers" who write by the "seat of their pants" and "Plotters" who make extensive outlines and character sketches. While I think about my characters a great deal, I don't ever write an extensive outline and although I like to discovery write, I can't be completely open ended or I'd go crazy. Hence, the hybrid term: plantser.  I like the term because it sounds like I might be plantsing through the pansies or something. Anyway, usually I start with an idea, a premise, a character or even a title. And I plant it like a seed in fertile imagination watered with fiction and non-fiction alike. And I start my first draft. I call this a discovery draft and on bad days a crap draft. I write about 20,000 words, exploring the world, and characters. Then I show it to my husband to see if my idea shows promise. Thumbs up, I continue.  Thumbs down, I can it. For now. Afte
Post a Comment
Read more 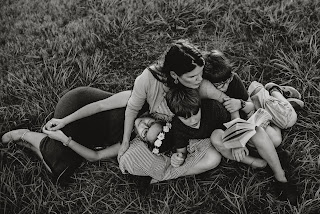 Photo Cred: Monica Brown Balancing your family and work is tricky at best. As a writer, I am plotting one manuscript, writing another, and editing yet another all while promoting the most current book. How do I balance that with all the demands of a wife and mother? One word: Prioritize. When I wake up in the morning, the first thing I ask myself is what time shall I take my nap. Just kidding. Mostly. Actually nearly every week for several years, I write a list of priorities for that week, sometimes by the day. Anything with a deadline has priority, and anything not done will be moved to the next week. (I've had some things that have moved from week to week for several weeks until the items just fall of my lists completely.) The one thing I prioritize is family time. This comes in the form of family scriptures and family prayer. Family meals get tricky with busy evenings, but we try for them. I also prioritize my personal time to refill and recharge. Every morning I spen
Post a Comment
Read more

- August 06, 2018
I asked my most ardent fans (my daughter and my husband) what I should write about on my blog and my daughter said I should write about encouraging others to keep writing. I feel like I've learned a lot in writing for the past ten years, and I'd love to share. Writing, and almost any other creative endeavor is a long process. From the spiritual creation or idea of it until its execution and finished product can take months if not years. Keeping going during that time can become a challenge. Here are my tips to stay motivated. 1. Remember why you started in the first place. I am a storyteller. I always have been. I'm horrid at asking questions but learning. But I think of funny scenarios. I'm the dreamer. Someone tells me a detail and I create a story. I don't write for the royalty check. I don't write to be famous-- although that would be nice. I write because I believe fiction can heal. I write because I believe we all need to safely escape. I write becaus
Post a Comment
Read more
More posts