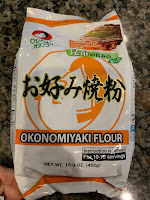 When my husband served a mission in Hiroshima Japan Mission, he went to a place where they served this delicious food. We noticed when we went to Japanese festivals that they served it but differently. All the ingredients were mixed into the batter and then cooked, Osaka style, instead of the layered version he learned in the south. He wanted to recreate the southern version with it's layers at home. So this is our version of Hiroshima-style okonomiyaki.


Then mix the flour with water until until the consistency of pancake batter. 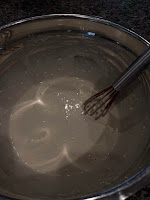 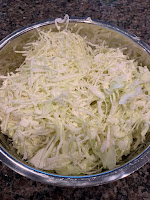 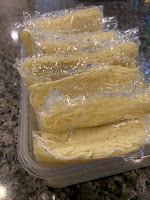 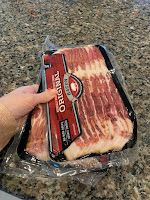 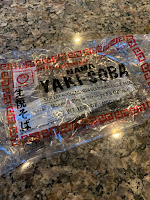 Cut bacon or pork belly in half. 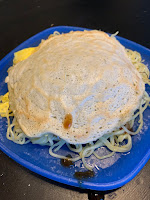