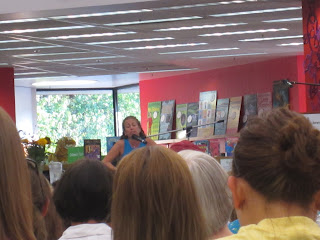 Jodi Picoult speaking to many attendees at SLCL. 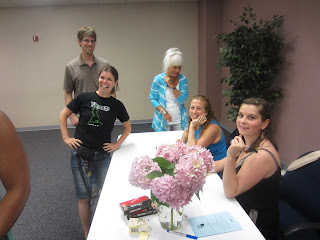 Ms. Picoult and her daughter signing "Between the Lines" their collaborated YA novel.


So, I have a confession to make.  I've never read anything by Jodi Picoult.  In fact, I had to Google her name to find out what's she written.  She's written some 20 books, some you may have heard of since they made it to the silver screen, like "My Sister's Keeper."  What drew me to this event, and to buy the book, was this sweet notion of a mother-daughter writing team.  How awesome would that be to work on a project with your daughter!  That would rock!  I hope my daughter wants to write when she's a little older.
author events